POSTED ON: October 8, 2010 | POSTED IN: Get Healthy - Stay Healthy, Healthy Every Day - Articles from Our Doctors | ORIGINALLY PUBLISHED: City Living Seattle on October 8, 2010

If Dr. Aileen Monponbanua, of Pacific Medical Center in Renton, has three pieces of advice for those who are overweight or obese and are thinking about losing weight it’s this: Know your Body Mass Index (BMI), get to know your habits and be prepared to change your lifestyle.

The BMI is the number, derived by using height and weight measurements, that gives a general indication if weight falls within a healthy range. A BMI of more than 25 indicates an unhealthy weight. Monponbanua also said that waist measurement is also a key indicator of health. Even if the BMI is within normal range a waist measurement of more than 35 inches for women and 40 inches for men can signal the need for changing the diet and exercising more.

Although losing weight and sustaining the loss over time can be difficult it can be done, says Monponbanua if someone is willing to think about permanent lifestyle changes instead of the immediate goal of weight loss. People gain weight over time and losing it and keeping it off successfully also requires time, she said, adding that rapid weight loss is often a recipe for regaining weight. A person needs about 250 extra calories (that’s about 2/3rds of a small bag of Cheetoh’s) per day to gain one pound in two weeks. Conversely, a person needs 250 less calories per day to lose one pound in two weeks. So, start looking at the little things you eat or do because they matter over time.

“Start looking at your habits. Keep a food diary and be really honest about what you put in your mouth. Find your patterns, your offending foods. Some people have a mocha every day. Multiply that times five and it’s a pound per week. Or the offender is that little bag of chips in the afternoon. Multiply that out and you’ll see how the weight gain has happened,” she said.

The next step is to start with the pantry and eliminate offending foods. “Are you stocking cookies in case you need a cookie? If it isn’t there you won’t eat it. I tell patients that a lot of people can’t eat just one cookie or one chip,” she said. Once unhealthy food has been “weeded” from the pantry, the next step is to start planning meals loaded with vegetables. Planning and preparing meals in advance helps people eat healthier when they come home hungry and frantic for something to eat. Monponbanua also recommends measuring food to control portions. “Nobody eats just one-half cup of pasta so measure out a full cup and then fill up on vegetables,” she advised. If you have trouble with portion sizes try buying something that is portioned for you already such as 100-calorie snacks. The idea is not to deprive you of what you want but to limit the amount you eat.

Replacing highly refined carbohydrates with whole grains, fruits and vegetables does more than spur weight loss. Monponbanua says it isn’t uncommon for her to see overweight and obese patients with high calorie diets who also have poor nutrition and low vitamin B12, a vitamin needed to make red blood cells and to keep nerve cells healthy.

In addition to changing nutritional choices Monponbanua also strongly recommends getting a pedometer to measure how many steps are taken daily. “The pedometer motivates you to think ‘what else can I do to increase those steps?’ Eventually, wearing it becomes part of a person’s lifestyle,” she said. Monponbanua noted that 1,000 steps is a half mile and that by parking far from the door you might get as many as 250 extra steps.

Once someone knows what they’re eating and how much they’re exercising, the next step should be setting small goals. Even small changes can bump up the activity level and make a difference in reaching goals over time, Monponbanua said. Examples include parking in a space far from the grocery store doors. Taking stairs instead of an elevator when possible or doing squats and exercises while watching television.

“There’s nothing wrong with watching TV but instead of mindless eating you can expend energy by doing exercises and still watch American Idol,” she said. Even grabbing a couple of canned foods and lifting them as weights in front of the television is useful, she said.”

She said that people who are strongly motivated to make these changes are more likely to succeed. Monponbanua suggests going online to www.choosemyplate.gov for more information and for help tracking food choices. The site also tracks calories consumed and expended. 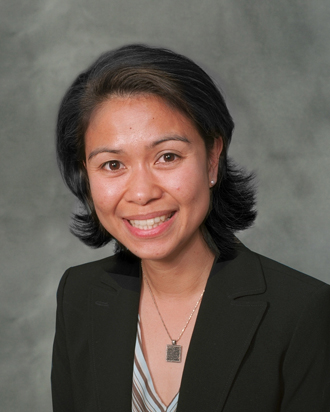