POSTED ON: December 20, 2015 | POSTED IN: Get Healthy - Stay Healthy, Healthy Every Day - Articles from Our Doctors | ORIGINALLY PUBLISHED: City Living Seattle on It’s easy to get caught up in the moment and play just one more round of golf, add a few extra miles on your weekend run or make the decision to climb to the next peak on the hiking trail. But that added push could be the cause of your lingering joint pain or inflammation.

In addition to resting your body, it may help to take an over-the-counter pain medication. Yet, choosing among the litany of medications marketed for bone, muscle and joint pain can seem daunting. As we gear up for the fall sports season, runners training for the Seattle marathon and athletes alike take part in their Seattle fall activities, it’s important to know which medications are really working in your favor.

How do you go about choosing which one to take? And what side effects should you be most worried about?

There are only four FDA-approved over-the-counter pain medications: acetaminophen, and non-steroidal anti-inflammatories (NSAIDs), which include ibuprofen, naproxen and aspirin.

Acetaminophen is known to alleviate pain, but it does not appear to decrease inflammation in musculoskeletal tissue. On the other hand, the three NSAIDs have much stronger anti-inflammatory effects. Aspirin is often thought of as a unique NSAID because it significantly impairs blood’s clotting abilities and has less anti-inflammatory effects than ibuprofen or naproxen.

It’s important to read the label on the side of the box to know which medication or combination of medications is used.

All of the over-the-counter pain medications have side effects, which can even be life-threatening if they are used improperly. Due to its favorable side-effect profile, acetaminophen is generally thought of as the safest of the medications. The most worrisome and well-documented are gastric ulcers and kidney failure, as well as data that also links them to heart attacks and strokes. Most research suggests that taking short courses of NSAIDs at the lowest effective doses can minimize these risks. However, using NSAIDs at higher doses regularly for weeks to months or even years will significantly increase the risk of serious side effects.

Other factors that can greatly increase your risk of serious adverse events while using NSAIDs include having kidney failure or chronic kidney disease, using anticoagulant medications such as Coumadin, being older than 65 and having a prior history of gastric ulcers. Any person who falls into these categories should consult with their doctor before using any of the over-the-counter NSAIDs.

It is also important not to use multiple forms of NSAIDs simultaneously. Those who regularly take one baby aspirin (81 mg) a day may not realize that they have already taken one dose of NSAIDs before they reach for the ibuprofen or naproxen to help with their aches.

While it is not recommended to take multiple NSAIDs at once, taking acetaminophen with one form of NSAID can add greater pain control with less side effects than only taking higher doses of NSAIDs.

Regardless of what pain medication you select, check and follow the dosage level the manufacturer recommends.

If you are unsure of what to use and when or if your pain continues to bother you, it is worthwhile — and safer — to consult with your doctor. 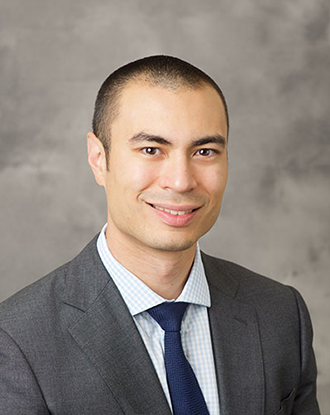