POSTED ON: February 20, 2019 | POSTED IN: Healthy Every Day - Articles from Our Doctors, Specialty Topics | ORIGINALLY PUBLISHED: Northwest Military on November 30, 2019 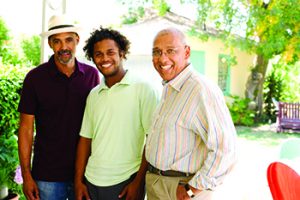 Sadly, the avenue of men’s health does not receive as much attention as it deserves; often eclipsed by the hues of pink and fundraisers associated with women’s health and illness. For this reason, Pacific Medical Centers’ Primary Care Physician Dr. David True has reached out to advise, inform, and give insight on a plethora of issues relevant to male health and wellness.

So much emphasis is placed on men’s health in the medical industry. What diseases, cancers, and ailments impact men primarily?

Any discussion of health recommendations for men in the U.S. must look at the adverse health conditions that disproportionately affect men in our country. The leading cause of death for all men in the U.S. is heart disease. This risk crosses all racial groups, affecting white men the most with an incidence of 8.5 percent, followed closely by African Americans at 7.9 percent, Hispanic males at 6.3 percent, and Asian men at five percent. Half of the men who die from heart disease have no previous symptoms of chest pain or other warning signs of a heart attack. This underscores the importance of preventative medical care and making lifestyle changes that target the major risk factors of acquiring heart disease.

The major contributors to heart disease in our country include smoking, obesity, high blood pressure, diabetes, elevated cholesterol levels, and sedentary lifestyles. Although mortality due to heart disease in developed countries has declined over the last four decades, it remains the cause of one third of all deaths over the age of 35. Improvements in the rates of heart disease come largely from reduced rates of tobacco use as well as improvements in the medical management of high blood pressure and high cholesterol. Unfortunately, increasing rates of diabetes and obesity have a negative impact on improving the rates of heart disease and are a direct consequence of unhealthy nutrition and sedentary lifestyles in our country.

The good news is that focusing on improved lifestyles to reduce the risk of heart disease has many other health benefits. Recommended healthy lifestyle changes include:

Are there any routine exams that men should be scheduling on a regular basis to monitor health?

Men have higher rates of lung cancer and colon cancer than women, which are the two leading causes of cancer death. Another life-threatening disease that puts men at risk is prostate cancer, a male-specific cancer that also contributes to higher death rates. In terms of prevention, lung cancer depends significantly on quitting smoking and conducting routine CT exams for early detection and prevention.

All men should be screened for colon cancer starting at age 45, and even earlier for those with family histories of colon cancer in first degree relatives. Screening for colon cancer is most effective with a colonoscopy. This should be repeated every 10 years, or more often in individuals with a history of pre-cancerous growths in their colons known as adenomatous polyps. An alternative to colonoscopy testing can include yearly fecal blood testing.

A discussion on cancer screening with a primary care provider should involve a conversation about the relative benefits of prostate tests and the frequency with which the tests should be performed. Prostate cancer screening can be accomplished by a prostate exam with a medical provider or with a blood test known as the PSA (prostate specific antigen). Recommendations for this screening also begin at age 50, or sooner for those with a family history of male relatives with prostate cancer. Prostate cancer incidence is higher in African American males.

Preventative healthcare for men should also involve screening for risks of sexually transmitted diseases such as HIV and hepatitis B and C, alcoholism, chemical dependency, and suicide risk. Men are at higher risk for each of these conditions. Discussions during a primary care visit should include recommendations for lifestyle changes, updated immunizations, and treatments to reduce the risks for these conditions.

Many tasks of the military lifestyle are physically demanding. What advice do you offer to male soldiers to keep them functioning optimally?

Military service is associated with higher risks of both combat and non-combat related injuries than for civilian personnel. While the types of injuries vary by the era and location of service, the risks include exposures to chemical and radioactive weapons, environmental toxins, infectious diseases, traumatic injuries from ordinance, accidents and overuse and extremes of exposure to the environment.

Mental health disorders including post-traumatic stress disorder and depression are higher in veterans and active-duty military personnel. A study of suicide risk for military personnel both during and following service in the Iraq and Afghanistan wars has shown an incidence of suicide much higher in male military personnel compared to females. The incidence of suicide within one year following service in these wars was found to be four times higher in male soldiers compared to female. Screening for depression and suicide risk including questions on access to firearms should be a regular part of medical visits for men during or after military service as well as for civilians.

What habits can be beneficial for long-term health in men? What routines can have the reverse effect?

As mentioned, men have significantly higher rates of lung cancer than women, which is a direct result of tobacco use.

In terms of prevention, lung cancer depends significantly on quitting smoking. Heavy smokers between the ages of 55-80 should have annual low-dose CT exams, which may help to identify lung cancer early enough to allow effective treatment. Heavy smokers can be classified as those who continue to smoke or have quit recently (within the last 15 years) and have a history of smoking of at least 30 pack years (one pack per day for 30 years, or two packs per day for 15 years, etc.)

In conclusion, men carry higher health risks than women in many areas. They are also under-represented in their participation in regular healthcare screening in our country compared to women. Educating men on the benefits of regular medical visits for preventative healthcare and on healthy lifestyles should be prioritized to improve the health of men in the U.S. for the current and future generations. 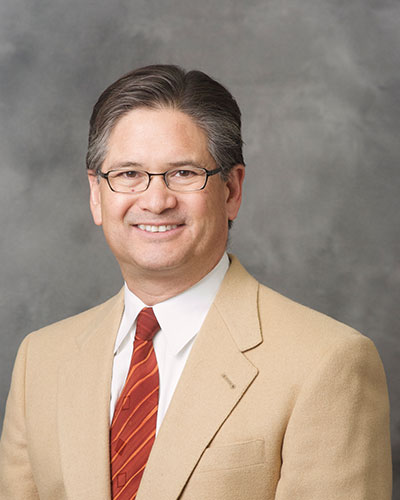