POSTED ON: July 1, 2020 | POSTED IN: Get Healthy - Stay Healthy, Healthy Every Day - Articles from Our Doctors | ORIGINALLY PUBLISHED: Renton Reporter on 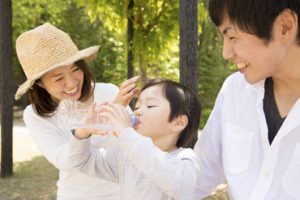 This article was originally published in the Renton Reporter for Renton River Days.

The record-breaking summer temperatures have Seattleites braced with a variety of coping mechanisms. As air conditioning systems and fans fly off the store shelves, it’s important to remember to stay hydrated. It is prime time for dehydration and if one’s not careful overhydration – both of which can become serious medical problems if not prevented or addressed accordingly. The 30th anniversary of Renton River Days is fast approaching, July 24th-26th, and with the latest sweltering temperatures, keeping hydrated is crucial so that everyone can enjoy the historical community event.

The average person loses 60-100 ounces of water a day by normal bodily functions like breathing, sweating and urinating. During hot temperatures, the body works in overdrive to regulate its temperature, meaning increased sweat and the need for water. Dehydration is caused by a loss of water and two primary electrolytes – sodium and potassium salts. A decrease of electrolytes in the body causes an interference of the chemical reactions needed for healthy cell operation, which can dramatically impair proper bodily functions.

Dehydration can happen to anyone, although some are at higher risk based on genetics or the environment. Those at higher altitudes, athletes involved in high-endurance sports or those with chronic illnesses have a generally higher risk because the need for hydration is greater. Young children are also at risk as they tend to not communicate if they are thirsty or aren’t feeling well.

Some of the common symptoms include: dry mouth, decreased energy and infrequent restroom use. If not treated, each of these can lead to headaches, dizziness, cramps, nausea or unconsciousness.

These symptoms can be cured by making sure you get enough water. On average, a person should drink 8 glasses of water a day to keep the body replenished and operating at optimum capabilities.

While I encourage patients to stay hydrated I also warn against over-consuming water, which can skew the ratio of sodium to fluid in the body. This imbalance causes the cells to swell, and while systemic cells can handle some swelling, brain cells cannot.

Symptoms of hyponatremia can look very similar to dehydration, so it is necessary to understand the person’s water intake from the day. Early signs can be tiredness, irritability, and generally feeling under the weather. In extreme cases, overhydration can be seen as vomiting, an altered mental state, unconsciousness or death.

Treatment for overhydration depends on the severity of the symptoms and if there are any underlying medical conditions, for example pre-existing kidney problems. lf you’re believed to be overhydrated, contact your physician and cut back on fluid and salt intake immediately.

I recommend the following tips to stay hydrated: