Every September we celebrate Grandparents Day in the United States. Unfortunately, the Alzheimer’s Association reports that 5.8 million Americans are living with Alzheimer’s, with this expected to rise to nearly 14 million by 2050. What’s more, they’ve found that 1 in 3 seniors die with Alzheimer’s or another form of dementia, and that more than 16 million Americans provide unpaid care for people with these diseases.

As part of recognizing the grandparents in our lives, Dr. Rezvanian with Pacific Medical Centers is here to help us understand the signs and symptoms of Alzheimer’s disease, so you can ensure your loved ones receive the treatment and care needed to maintain a happy, healthy life.

What is the most common cause of dementia in older adults?

Alzheimer’s disease is the most common cause of dementia in older adults. The diagnosis of dementia and the determination of whether Alzheimer’s disease is the likely etiology of dementia is based on a careful history (self or family report of change in cognition and functional performance), neurological examination and cognitive testing. Diagnostic value of the tests like CSF biomarkers, or PET amyloid imaging are not established in cognitively normal individuals, so there is no screening or test for those with normal cognition.

What are specifics signs of Alzheimer’s disease?

Signs indicating early cognitive impairment include becoming forgetful about recent conversations and recent events, repeating yourself, difficulty finding words or forgetting the subject of your conversation, difficulty managing your finances and balancing your check books, and difficulty navigating on the road. If any of these signs are noticed by the patient or the family, they need to see their doctors and discuss this.

Can health play a role in developing Alzheimer’s disease?

There is an association between cardiovascular risk factors (like hypertension, hyperlipidemia, diabetes and obesity) and cognitive decline and dementia. High cholesterol may increase production of B-amyloid, which is responsible for cognitive changes in patients with Alzheimer’s disease.

Obesity is also associated with an increased risk of dementia and this is because adipose (fat) tissue secretes inflammatory protein like leptin which can contribute to neurodegeneration (death of brain cells). Studies have shown weight loss can improve attention and executive function in those who are classified as obese.

Additionally, studies have shown an association between both hyperglycemia and hypoglycemia (high and low blood sugar) and cognitive impairment.

There is an association between physical activity and the maintenance of cognitive function. Physical activity may reduce the risk of dementia by increasing oxygen saturation, decreasing vascular risk factors, inflammation and depressive symptoms in people with normal cognition. Specifically, both aerobic exercise and resistance training can delay cognitive decline in older adults. Exercise can help with executive function, processing speed, delayed memory and attention.

What else can help prevent, or slow down, the development of Alzheimer’s disease?

Education, social activity and cognitive engagement (i.e. participation in activities like games, puzzles, reading) are associated with lower risk of cognitive decline and dementia. Higher levels of social engagement and social networking have been shown to associate with lower risk of cognitive decline. I recommend you visit your grandparents (not only on Grandparents Day) and engage them in cognitive activities – play video games, chess cards, read books together or do crossword puzzles. This helps improve and strengthen cognitive function and enhances their mood! Depressed mood in older adults can cause poor cognition and poor quality of life.

Additionally, dementia prevention through dietary intervention may be more effective if multi-nutrient deficiencies are addressed. Studies have shown the Mediterranean diet, which is high in antioxidants and omega-3 fatty acids, was associated with a lower risk of mild cognitive impairment and Alzheimer’s disease.

Many studies have also shown an association between the deficiency of Vitamin B, antioxidants, fatty acids and cognitive impairment. However, finds from most randomized controlled trials of single-nutrient supplements have not proven to be positive. Given this, the message I always share with my patients is a good, balanced diet with multi-vitamins and minerals is better than supplementation with a single nutrient.

Smoking is also associated with an increased risk of dementia as it increases inflammation and oxidative stress.

Moderate alcohol use may actually have a protective effect against Alzheimer’s disease. While the protective effect of different types of alcohol is unclear, some studies have shown that moderate amounts of wine consumption may have a positive effect.

Lastly, sleep quality is related to cognitive function. Sleep disturbance and sleep deprivation have both been linked to poor cognitive outcomes. In fact, studies have shown sleep-disordered breathing (sleep apnea) is associated with an increased risk of dementia.

At the end, a healthy brain is in a healthy body so live a good, healthy life. 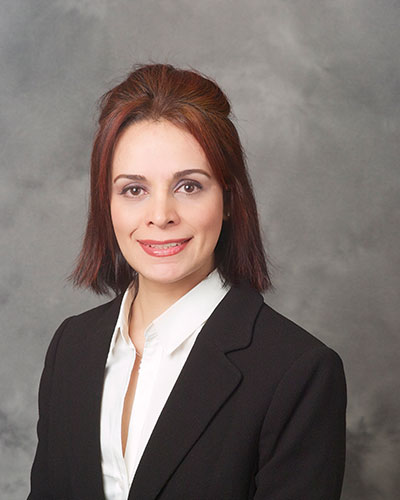