E-cigarettes, Vaping and Your Health From a Doctor’s Perspective 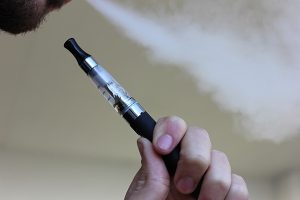 In light of recent reports of nearly 14 people being treated or hospitalized at Harborview Medical Center since October for serious burns caused when e-cigarette batteries exploded – Seattle parents should get a slight sigh of relief thanks to recent federal regulation. Earlier this year, the US Food and Drug Administration (FDA) finalized regulations governing the sale and production of what it calls “electronic nicotine delivery systems” (ENDS), otherwise known as e-cigarettes or “vape” products. Until now, these products had been subject to very little oversight in terms of chemical content. Claims about the safety or potential benefit for smoking cessation went unchecked, and there was no limitation on how or where the products could be marketed – using advertising techniques known to appeal to minors.

Since coming to market in 2006, e-cigarettes have gained popularity – particularly among teens and young adults. The Centers for Disease Control and Prevention (CDC) found that use of e-cigarettes in teens between 2013 and 2014 rose nearly three times, from 4.5 to 13.4 percent.

Among the new regulations the FDA instituted on May 5 is one that should protect young people. This law prohibits retailers from selling e-cigarettes, hookah, cigars or any other tobacco products to people under age 18. Access by young people will now be restricted in these ways:

The new FDA regulations will also impact manufacturers, importers and retailers of ENDS. Products will need to undergo a thorough review before they can reach the market, these regulations include:

ENDS come in a variety of forms, making regulations challenging. Some looks like pipes, some like cigarettes and some like small batons. On a most basic level, all of the products consist of a cartridge containing a nicotine liquid, an atomizer with a heating element and a battery. The user pushes a button on the device, which releases some liquid from the cartridge; the liquid is heated and vaporized in the atomizer, and then inhaled. Some products are completely disposable. Others have refillable cartridges and rechargeable batteries.

Because these products do not use combustible materials, like the burning paper and tobacco of a cigarette, it has been proposed that they are less risky and “healthier” than cigarettes. The vapor does not have tar or carbon monoxide, for example, two products of cigarette smoking known to contribute to lung damage. However, when researchers look at the ingredients in the nicotine liquid, they have found chemicals like glycerol and propylene glycol, which can lead to dangerous byproducts. Cancer-causing compounds such as formaldehyde have been found in some used ENDS products after the combustion of the glycerol compounds. The flavorings are potentially problematic as well, even dangerous. A Harvard study found that a compound called diacetyl is found in 75% of flavored nicotine liquids. Diacetyl is known to cause “popcorn lung,” a destructive lung disease.

Studies on the long-term effects of cigarette smoking took many decades to confirm suspicions of their harm. With e-cigarettes, scientists and physicians have not yet had decades for research, and so there is no data about the long-term health effects of regular ENDS use. Additionally, there is no clear evidence that using a vape product or any other ENDS helps people to quit smoking. Some small studies have shown ENDS may help people reduce cravings. However, whether this marks progress to quitting is unknown.

Despite the many unknowns about ENDS, their popularity is still on the rise. Surveys show that the number of participants who report trying an e-cigarette nearly quadrupled between 2010 (1.8 – 3.5 percent) and 2013 ((8.5 and 13 percent). Those using e-cigarettes on a routine basis was lower, but still rose in that timeframe.

What’s alarming about such use is it could lead to or further nicotine dependence, particularly among teenagers and young adults. Connections have been made between teen e-cigarette use and use of conventional tobacco products such as cigarettes. Studies suggest that of teen tobacco users, three out of four will continue using tobacco into adulthood. Add in marketing tactics that appeal to adolescents plus the use of enticing flavorings, of which aren’t addressed in the new FDA regulations, and the statistics are cause for concern.

When it comes to safeguarding our community’s children, there’s nothing quite like the voice of a trusted adult. Parents, guardians, teachers and other adult role models can play a significant and complementary role to the FDA’s ongoing efforts to regulate tobacco products. We all need to educate our children about the potential harms of e-cigarette use. Seattle Children’s and the CDC have additional information for parents and teachers.

Dr. Julia Becke is an internal medicine physician at PacMed.