Hope for Diabetes Patients: Dr. Estelle Lin on Preventing and Reversing the Disease 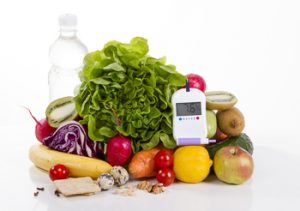 Want to improve your health? Turn off the television while you eat and savor every bite.

This simple suggestion is just one of the ways Dr. Estelle Lin says people can change their lifestyles to prevent or combat diabetes. She practices Internal Medicine and works with diabetic patients at Pacific Medical Centers to ease and reverse the impacts of the disease so that they can live the lives they want.

“I have a lot of patients who have impressed me because they’ve taken control of their lives,” says Dr. Lin. “It inspires me when they come back and tell me they feel so much better, that they have so much energy and when they eat they don’t feel tired. Losing weight is often a focus for diabetics, but my top goal is that my patients feel empowered.”

Pre-diabetes can be asymptomatic, which makes it difficult for people to realize that they have it. Dr. Lin recommends that anyone with risk factors—like a history of the disease in their family—be screened regularly. In the later stages of diabetes, symptoms can include insatiable thirst followed by frequent urination and chronic fatigue.

Patients diagnosed with pre-diabetes can absolutely make changes so it doesn’t progress. She explains, “Exercise is important. The recommendation is 150 minutes of vigorous exercise a week, which works out to 30 minutes a day, five days a week. Walking is one of the best forms of exercise.”

More importantly, learn about what’s in your food, especially when it comes to carbohydrates. “Most people think of diabetes as limiting sweets, but diabetes is really a dysregulation of how one’s body responds to insulin and glucose, both of which can be found in carbohydrates” says Dr. Lin. “There are carbs in every food. That daily beer, wine or soda adds up. All have a high carb content.” Hidden carbs also lurk in foods like rice, bread and pasta as well as sauces like ketchup, soy sauce and, sadly, sriracha. “Be aware of your total carb intake and don’t be excessive,” says Lin. “We need carbs, but it’s all about portion control.”

Getting a diagnosis of diabetes can be daunting, but Lin tells patients to not give up hope. “There’s some fear and denial and feelings of helplessness,” she says. “Many people have seen diabetics with insulin injections and needles. I reassure them that not everyone needs insulin and a lot of them can control it with diet and exercise. It’s important to overcome that fear and know what the facts are. They may not have this complication in 10 or 20 years.”

Having a strong support network of family and friends is key—a network that is also willing to make lifestyle changes. “If someone has diabetes, everyone who eats with that person needs to improve their diet,” says Dr. Lin. “If you have a diabetic in your family or community, they need the support. Go on a walk or a hike with them. These are small things that improve the life of the whole community, not just the diabetic’s.”

The most important factor? Participate in your own healing. “It’s a partnership,” says Dr. Lin. “My colleagues and I are invested in helping the patient, but we need the patient to be interested, committed and motivated. This disease can be completely controlled or even reversed, but it’s not about just taking a medication. You have to be an active participant. Those patients have the greatest success.” 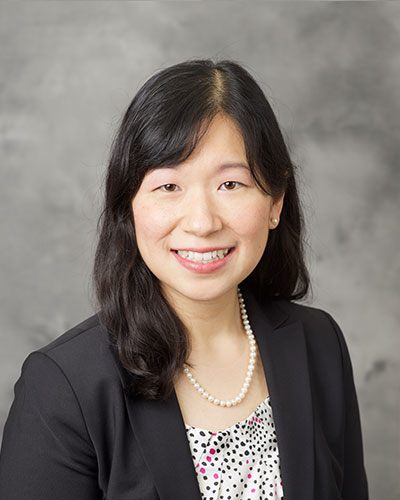