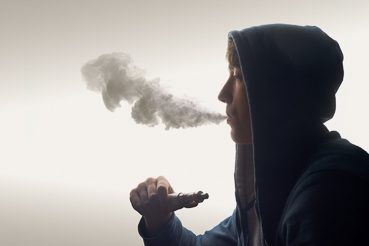 Education, Prevention and Helping Them Quit

Parents, did you feel like you could breathe a little easier on May 5? There’s a reason. The U.S. Food and Drug Administration (FDA) deemed electronic cigarettes as being under its authority. More than 15 percent of high school students now report e-cigarette use.

The FDA protects public health by regulating and supervising many items such as food safety, medications, cosmetics, and tobacco products. The FDA has regulated cigarettes, tobacco and smokeless tobacco for quite some time. On May 5, it pulled a few more items under its control: e-cigarettes, vape pens, cigars, pipe tobacco, hookah tobacco and a few other products.

Here’s what you should know:

Before May 5, there was no federal law prohibiting retailers from selling e-cigarettes, hookah tobacco or cigars to people under the age 18. Now customers must be 18 or older, and show ID. And no more free samples.

Now the FDA can prevent misleading claims by tobacco product manufacturers and evaluate the ingredients of tobacco products (including e-cigarettes).

So Are E-Cigarettes “Healthier”?

A staggering number of people use e-cigarettes and believe it’s a “healthier option.” Not so fast! Battery-operated e-cigarettes heat a liquid and deliver vapor for inhaling. So it’s true, they don’t fill the lungs with harmful smoke and also don’t contain the thousands of other cancer-causing chemicals found in regular cigarettes, but e-cigarettes contain nicotine. Nicotine is absorbed through the lungs and affects the brain, heart and nervous system. Besides being an addictive drug, nicotine is also toxic in high doses. It was once even used as an insecticide. Nicotine use can lead to heart disease, blood clots and more. After the initial effects of nicotine wear off, the user might feel tired, depressed and ornery.

Don’t think your child is at risk? Over the past five years, use of e-cigarettes among high school students rose more than 900 percent. And the number of calls to poison centers involving e-cigarette rose from one per month in 2010 to 215 per month in 2014—with more than half of the calls involving children under age 5. So talk with your children about e-cigarettes, nicotine and future health issues. You can also focus on the immediate downsides, like less money to spend on other pursuits. It can be very effective to open a communication channel between your children and their physician.

If your teenager is using nicotine, help him or her pick a quit date. Then use these tips to start lowering use:

• Set a modest goal of using one less e-cigarette each day for a week. Encourage alternative distractions such as exercise or activities that involve the hands (like art, music or knitting) to distract your child.

• To counter cravings, encourage your teen to think “wait” rather than “no.” Joining an online or in-person support group can help, too.

• Kids are quick to observe any contradiction between what their parents say and what they do. So if a parent smokes (or vapes), quitting is the first step to successfully stopping a child from doing the same.