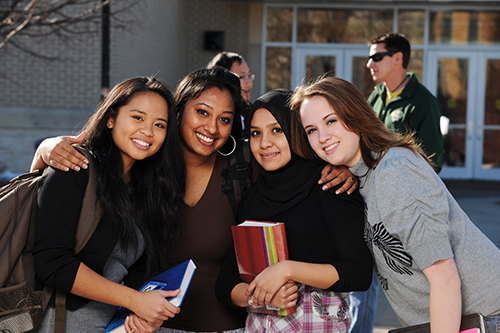 The first week of school is in the books for students in Western Washington. The beginning of the year can be a very exciting time for families, but it can also bring out anxiety in students.

School counselors and psychotherapists say they see higher rates of anxiety as the school year gets started, especially among students in transitional grades like freshman in high school.

The sound of the school bell signals the start to a new school year, but for many students that sound also triggers anxiety.

“Anytime you have a transition it causes a lot of anxiety and stress,” said Ann McGowan, counselor with the Northshore School District.

She suggests parents check in with children not right after school, but after they’ve had some down time and ask them open ended questions for more elaborated answers.

She says parents can also focus on talking about school with conversations that center around fun times during the day which can draw out answers that can be telling about social issues or other problems children may be having.

“I try to talk about the open times during the day, so ‘Hey who did you hang out at recess?’ And, that helps create some other questions. ‘What was something funny your teacher did today,’” said McGowan. “If we don’t know, we can’t help,” she added.

A little anxiety on week one of the school year is normal, but McGowan said to pay close attention if it lasts too long.

“If we’re about three to four weeks in and they’re coming home every night and they’re tearful and upset,” she said that may be a cause for concern for some parents. She says many parents send her an email the night before if a child has had a particularly rough night and that can set up the child’s teacher and counselor with some preparation to assist the child during the following school day.

Psychotherapist Rene Czerwinski agrees with McGowan and says kids have a lot on their plates these days.

“I’ve been doing therapy for 18 plus years, and I do see younger and younger kids with anxiety,” said Czerwinski.

She says if a child shows dread going to school when in past years they’ve been excited, that might be a sign the anxiety is deeper than start of the school jitters. She adds children and teens with anxiety also tend to be extra fatigued, complain about stomach aches, headaches, are irritable, they may lash out at siblings or withdraw more from simple activities like calling friends on the phone or not eating very much. She says all of those indicate there may a deeper level of anxiety.

“Regular anxiety is when we’re supposed to have some fears that create a push to do things, and a persistent anxiety keeps us from doing things we would do otherwise,” she said.

Czerwinski suggests parents make sure they give undivided attention to children when they are having a conversation about anxiety or stress. She says turn off the television and get away from electronics that can be distracting. Czerwinski added if other siblings are going to be in the way, have a conversation with them first that you need a few minutes alone with their sibling. She says it’s important that parents validate the child’s feelings and it helps them open up more to parents.

Czerwinski says anxiety is common, and it’s not about getting rid of it but teaching children how they can cope with it.

“The idea is that we don’t want to save them from their fears and make them have no anxiety, if they don’t learn how to cope with it’s going to increase over time and it can be worse as adults and worse as they get older,” she said.

Czerwinski added that sports and extracurricular activities are often areas where some children who may not do well in school can flourish and a place where they can expand other social skills, but she says sometimes when children pull away from clubs like Girl Scouts or Boy Scouts, sports teams that parents should acknowledge there could be a deeper issue.

“When it starts affecting grades, when you notice they’re dropping. You know your child, you know what’s normal, so all of a sudden if they’re not eating anymore, they’re not calling their friends, if you have a teenager they may be in their room more often and avoiding other things, have the conversation, something else is going on,” said Czerwinski.

Czerwinski added for very young children a comfort box might be a good idea to help ease transitions. She said some parents put a stuffed animal, pictures, the child’s favorite toy or other items like they that can help anxiety.

McGowan said that schools now have a lot of transitional programs that help children through those grade changes that can be especially challenging. She stresses that parents shouldn’t be afraid to reach out to the school for help and that together they can help a child through anxiety and find methods to cope and make day-to-day school life more pleasant. 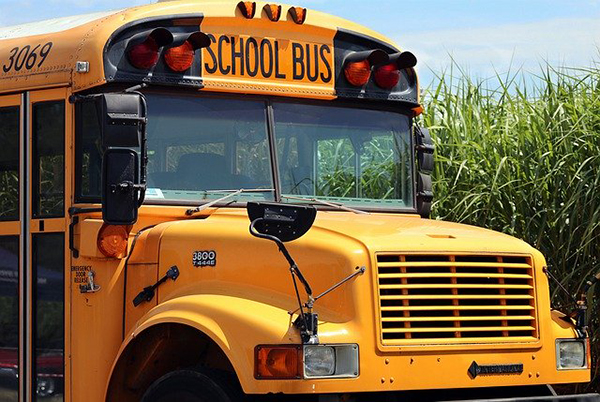 As summer comes to an end, children and parents are hustling to complete last-minute tasks in preparation for the upcoming academic year. In the overwhelming whirlwind of purchasing supplies, completing physicals and reevaluating bedtimes, anxiety about returning to school may settle in for youngsters. Thankfully, Pacific Medical Centers’ psychotherapist in Behavioral Health, Rene Czerwinski, is here to offer expert insight on easing the transition from summer fun-in-the-sun to back-to-school cool.

Why do you think anxiety is a prevalent emotion felt by students as the new school year approaches?

Anxiety occurs for many different reasons and can vary for age groups. It includes worrying about whether a teacher will be strict, mean or friendly, how much homework will be given, how fellow classmates will behave, having classes with friends, having the “right” clothes and fitting in as well as concerns over making the sports team. All of these are normal worries for students returning to school.

What can parents and guardians do to prepare children for the upcoming school year in order to lessen these stressful feelings?

As a parent, friend or loved one, you can take several proactive steps to combat back-to-school anxiety and give children the confidence they need to excel in school. Patience is the number-one thing parents can start with for back-to-school anxiety. This includes helping your child set up a good routine for bedtime and establishing morning habits and other routines at least two weeks before school starts. Set up a regular time to discuss the day and if anything is troubling your child, and make sure to give them your undivided attention without any distractions. Validate your child’s concerns by letting them know they can talk to you and that you support them.

What advice can you offer children to manage overwhelming feelings of stress once the school year actually begins?

Sticking to a routine that includes staying on top of schoolwork and getting enough exercise can significantly reduce stress levels and feelings of anxiety. Children should also know that they can talk to their parents, guardian or a school counselor about how they’re feeling and know that they are supported.

What do you suggest for parents and children if anxious feelings outlast the initial first few weeks of school?

Once school starts and children fall into a new routine, monitor your child’s anxiety levels and behavior to determine if it improves or declines. Depending on the source of the anxiety and whether you believe it is temporary/circumstantial, it’s important to remember that behavioral health specialists can help with anxiety and depression. 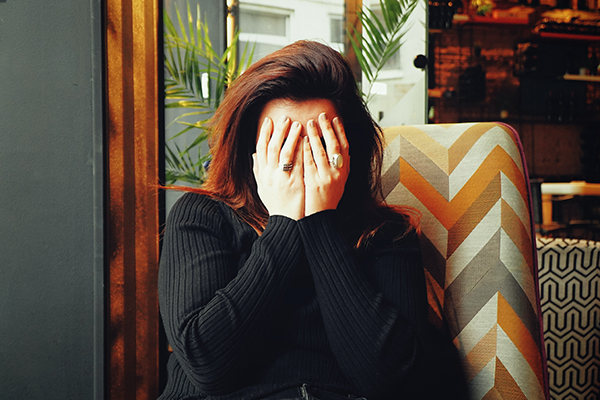 Some health topics can seem too embarrassing to talk about—even in the privacy of a doctor’s office. It’s understandable. Sharing personal information with a person you hardly know is bound to be unsettling.

Understand, however, that medical providers want to help you be healthy and happy. These are common issues, so you’re likely not the first person to raise them with your provider!

Millions of women experience involuntary loss of urine. This is called urinary incontinence (UI). The severity of UI can vary anywhere from slightly bothersome to totally debilitating. Rather than avoid activities you love, speak with your medical provider! UI is a health problem that often can be helped through medication and muscle-strengthening exercises.

When bacteria get into your bladder or kidneys, it can cause a urinary tract infection. You may experience a burning sensation when urinating, frequent urges to urinate, pressure or pain, and discolored or odd-smelling urine. Your provider can treat you with antibiotics—and give you behavioral and dietary tips to help you avoid UTIs in the future.

When frequent urination becomes a distraction in your life or prevents you from activities with family and friends, you should see your doctor. Many factors can contribute to this issue, such as too much caffeine, constipation, an unhealthy weight and smoking. But it’s wise to first begin with a visit to your health clinic; frequent urination can also be caused by a nerve signal or overactive bladder.

A multitude of contraception methods is available today. Oral contraceptives, condoms, implants… All protect against pregnancy, but how do you know which one works best for you and your partner? By talking with your doctor, you can choose the method that’s right for you. 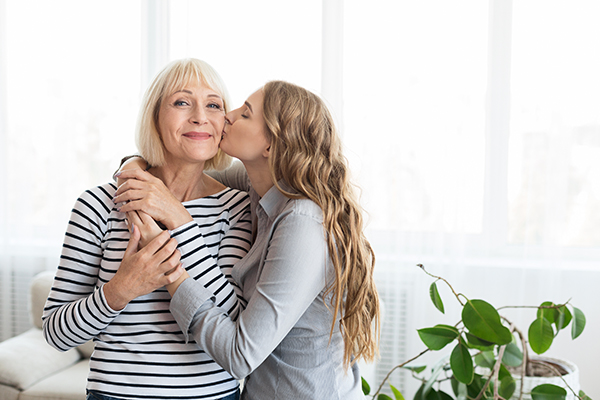 Human papillomavirus, better known as HPV, is the main cause of cervical cancer. It is also the most common sexually transmitted virus in the United States. The HPV vaccine protects against the types of HPV that most often cause cervical cancer.

When detected early, cervical cancer is highly curable. But the cancer in its early stages may have no signs or symptoms. This is why regular screening is so important.

Get Vaccinated! The HPV Vaccine

HPV vaccination is recommended for:

Get Screened! The Pap Test

Regular screening, also called a Pap test, is recommended for: